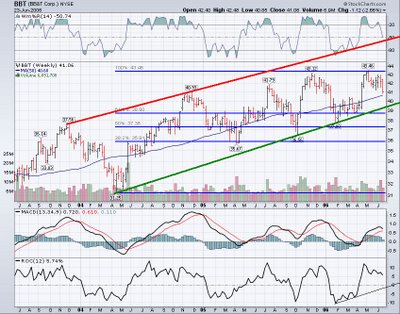 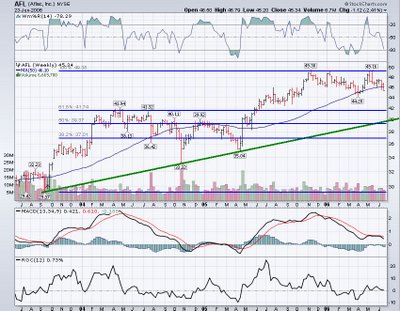 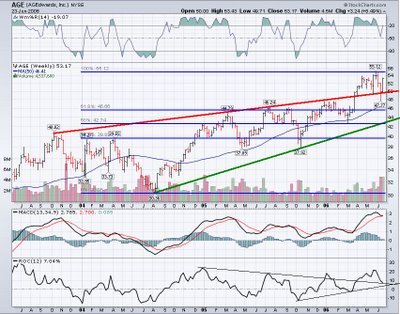 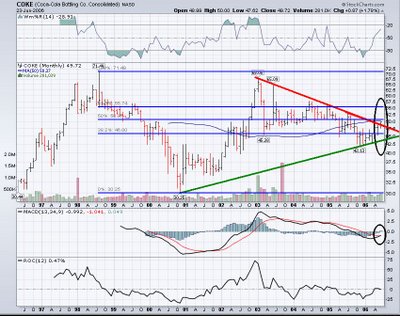 BBBY - BED BATH AND BEYOND 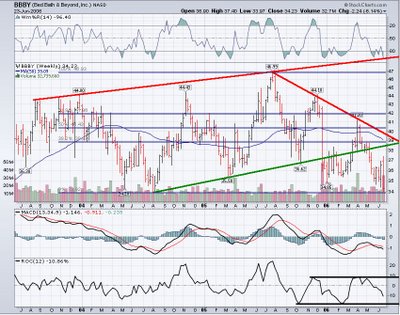 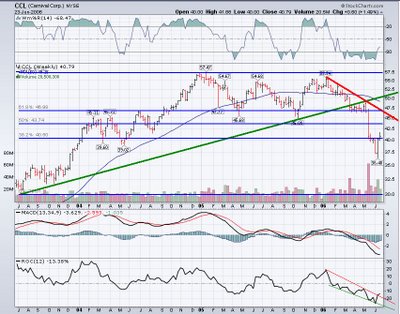 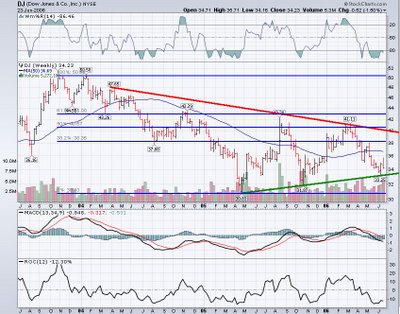 THIS WEEK I WAS LOOKING TO TAKE ADVANTAGE OF SOME OVER DONE SILVER TO THE DOWNSIDE AND BOUGHT SOME PAAS JUL 17 CALLS IN THE LOW 16'S...GOT OUT WITH A SMALL PROFIT...

WAS ALSO LOOKING AT MOODY"S AS IT WAS DOWN FROM THE 70'S TO THE HIGH 40's AND FOUND SUPPORT...

CONSIDERED BUYING SOME CALLS IN EITHER VALERO, CHESAPEAKE OR ULTRA PETROLEUM BEFORE THE INVENTORY NUMBERS THIS WEEK----NEVER PULLED THE TRIGGER AND DIDN'T SEE THE HUGE MERGER NEWS ON FRIDAY THAT BUMPED UP UPL BY $5...

AS ALWAYS I'M LISTENING TO THE FINANCIAL SENSE NEWSHOUR @ www.financialsense.com 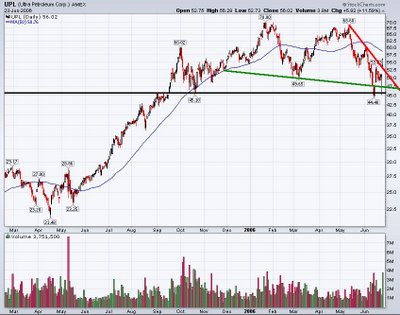 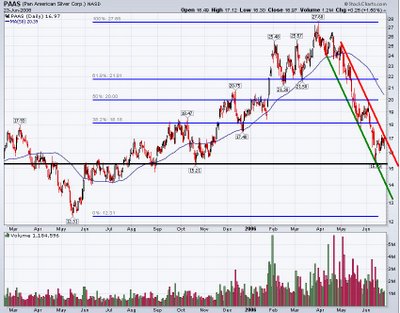 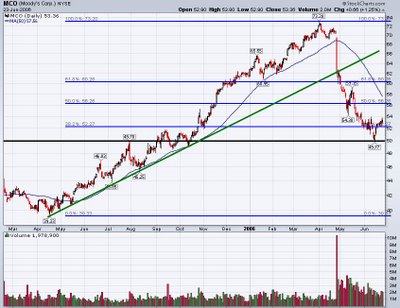 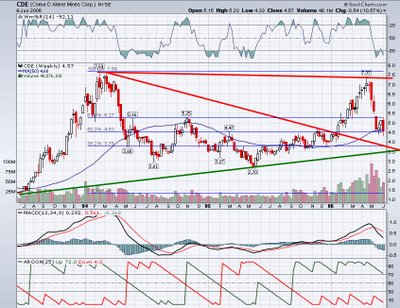 Silver producer taking on the chin since the recent selloff in metals began..Sold off hard in early 04' in a similar way..May have some roomleft on the downside but I would be building up the long position here....It is negatively affected by the political environment in SurAmerica right now, but at leat the lesser of two evils won the recent peruvian election. P+F chart look real bullish as well.. 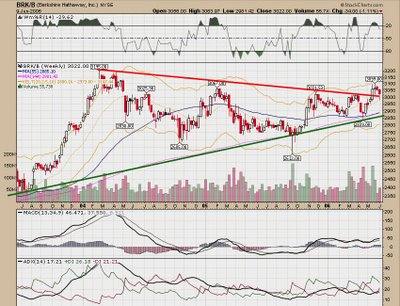 I Love the pattern here as it broke out of the long triangle to the upside...In coordination with the recent troubles in the overall market it has pulled back toward the breakout point and had held at resistence turned support. If/when the flight to quality takes place, the highly diversified quality makeup of Buffet's BRK will gain favor... 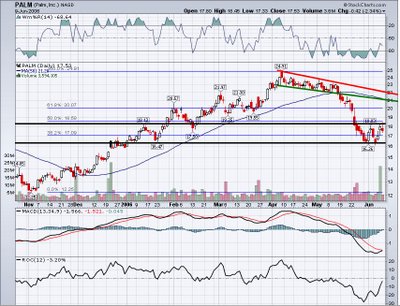 This stock has beeen taking on the chin recently...However, there are a few things I like about it..It looks to be holding around the 16 level, has a reasonable valuation at this level, has the new TREO which seems to be better than the blackberry according to some people I've come in contact with, and it has a huge SHORT position against it...Oh, it just got added to the SP Mid Cap Index.... 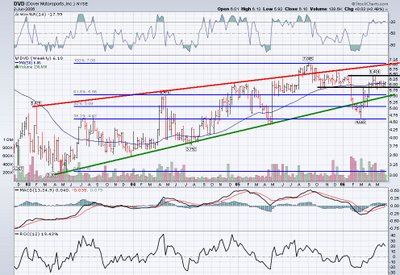 This used to be a pretty low key Harness Racing track in Delaware, however, it has been remade through the introduction of gambling and NASCAR racing...Could "do it's thing"
Posted by David L. Singer at 9:08 AM No comments: